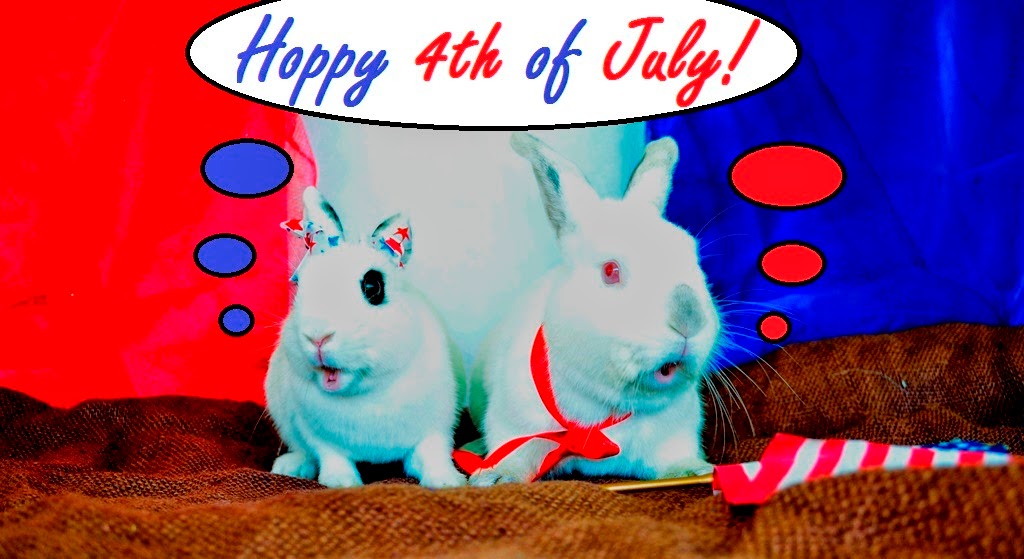 Happy 4th of July from Link&Anya


We've been super busy to say the least!!! First let's start with moi: 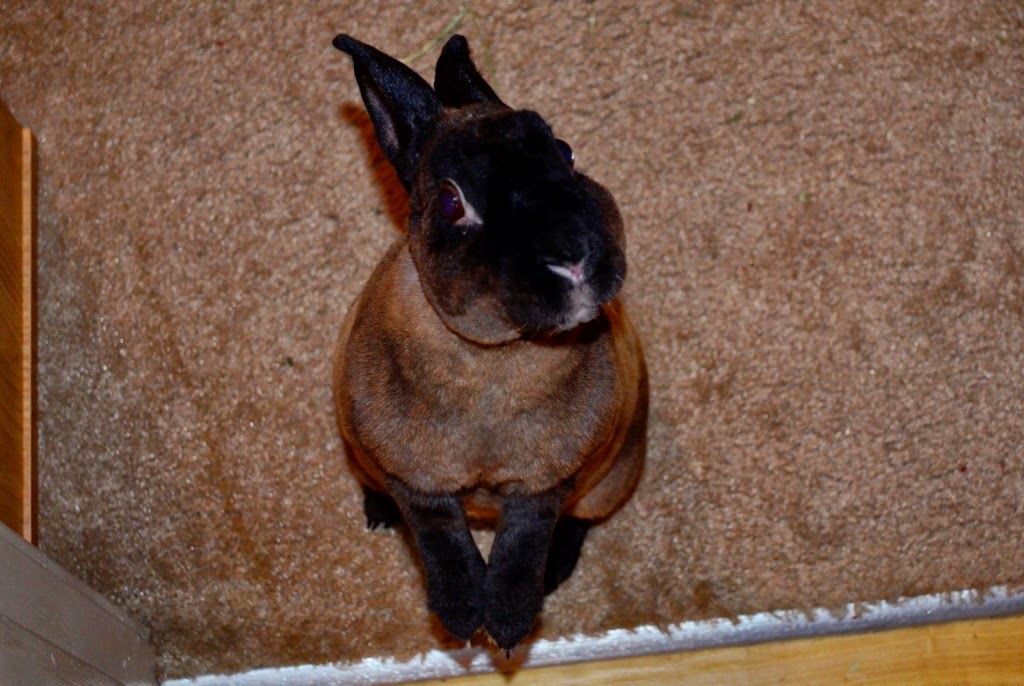 I've been doing pretty good! My abscess is super tiny and there doesn't seem to be any pus left after my round of baytril! We moved and we are all loving the new place!

Some willow wreaths in a stack!


We started selling willow and honeysuckle wreaths to pay for our vet trips, as pretty much everyone here has needed a trip, mine was put on the back burner because Grey has over 20 bumps attached/in his skin and all over (none have seemed to change size), Link developed a superficial abscess on his foot, and Anya needed a spay. Kitty also had her first vet trip which meant lots of shots and next month she's getting spayed!

So we've been selling the wreaths, fortunately the last vet trip has been pretty much paid for! Now we're trying to sell wreaths for my trip and also looks like Grey will be visiting again.

We're selling Willow for $1.50 per wreath, and Honeysuckle at $1.80 and have been accepting payments through Paypal, shipping is between $5-$10 depending on the amount! Just email me at Duchessbunny@gmail.com if you'd like to purchase some or have any questions!:) We can't do refunds since every penny goes towards all of us, but if something happened during shipment we could resend or something! We'll be doing this till Wednesday (July 9)since the willow tree is getting sparse!

Grey being Oh so handsome!

Mom and Dad noticed lots of small bumps all over Grey, none bigger than a pea, and none seemed to change size, at least not dramatically. So we brought him to the vet, Link ended up having a bump appear on the side of his back foot the week before the vet appointment so he went along as well.

They determined that Grey has a bunch of small, pustules on his lower body (ie like tiny abscesses or small zits)and then some of the bigger ones were "masses". They took one of the masses, and he's on an antibiotic and thus far there hasn't been any noticeable change. More than likely the mass they took last time will be tested so we can figure out what exactly it is (it's been put off since its pretty $$, the rescue's helping out but they don't have much extra money either). 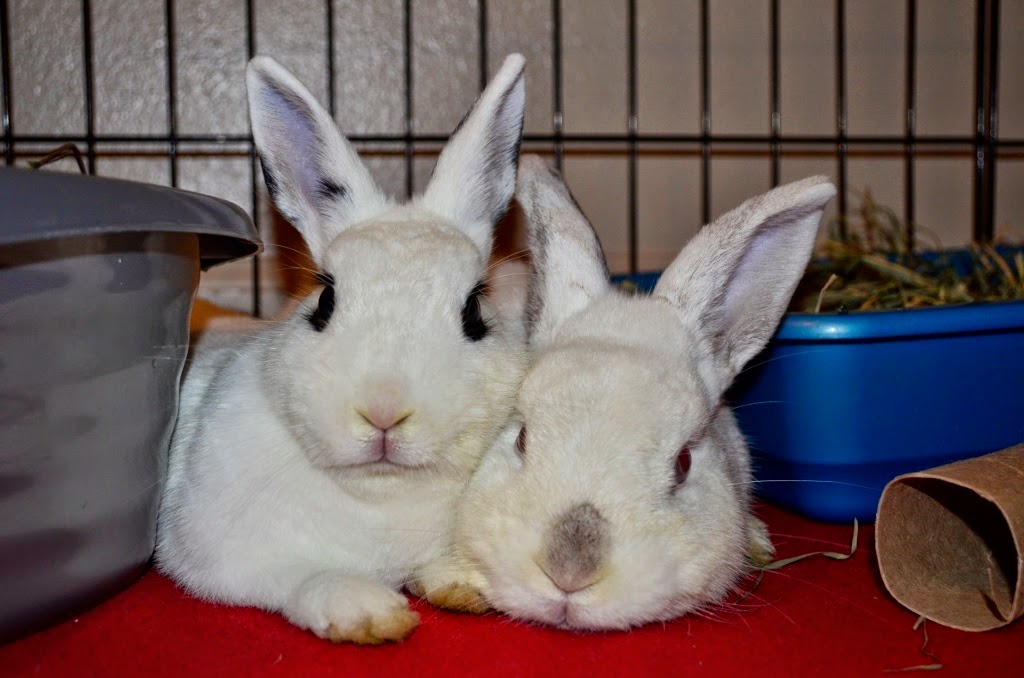 Link and Anya are doing good! Anya's spay was successful, and Link's abscess looks good so far. Mom had to squeeze a bunch of pus a few days after he got home from the vets, but oddly it seemed to heal up just fine afterwards...There's a flat area so there's a chance there could be some infection underneath, so we're keeping an eye on it incase he needs to go to the vet and get it lanced again. Hopefully the antibiotics will do the trick! They did well for the 4th of July card, Mom's still getting used to photographing almost entirely white bunnies so the coloring was off in the first few photos (thus why they're tinted blue) but we LOVED the expressions on their faces so we decided to use it anyway :) Here are a few extras from their photoshoot! 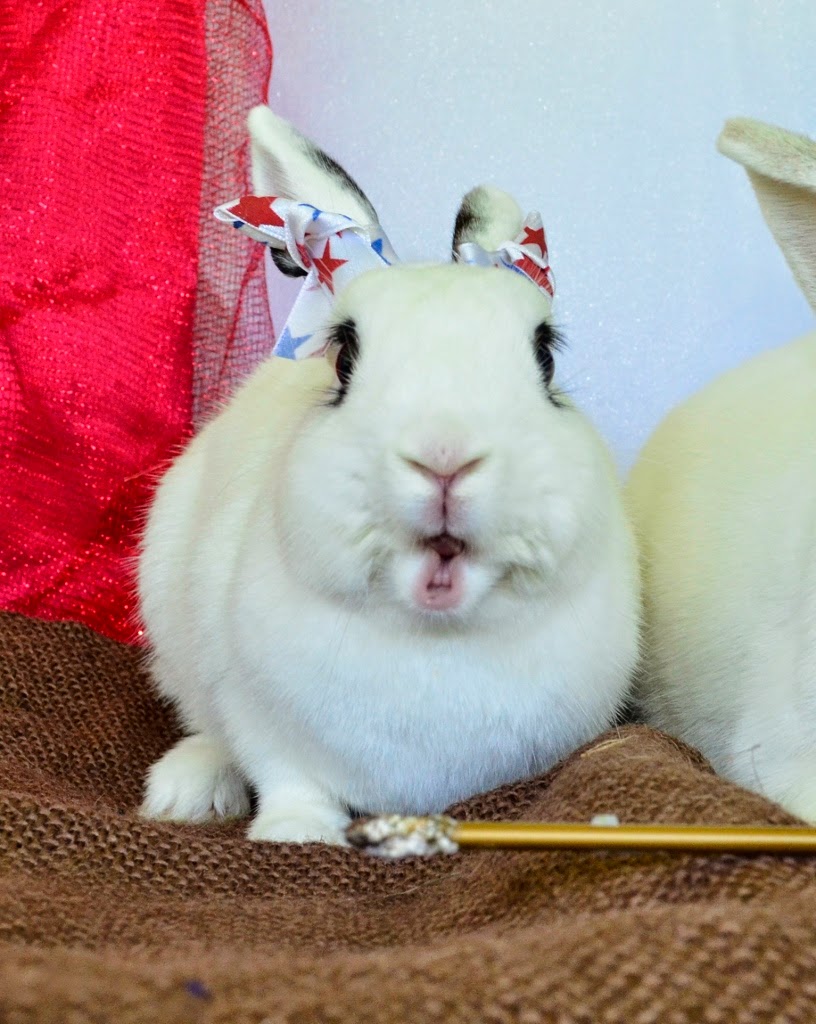 (Caption ideas? Heehee one of our favorites suggested was "And the rockets red glare!") 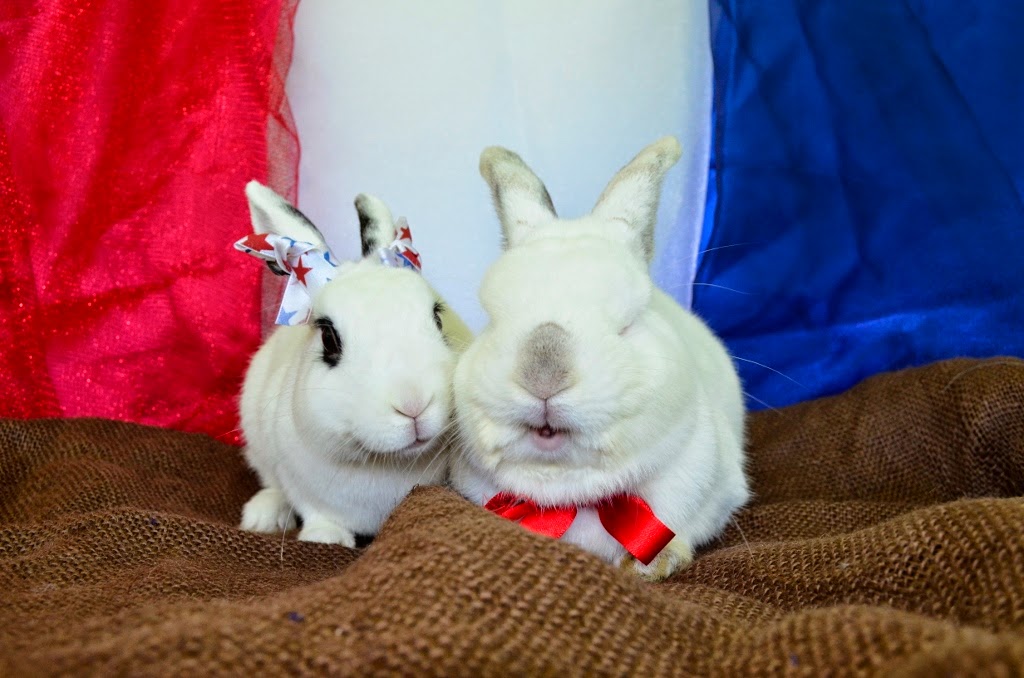 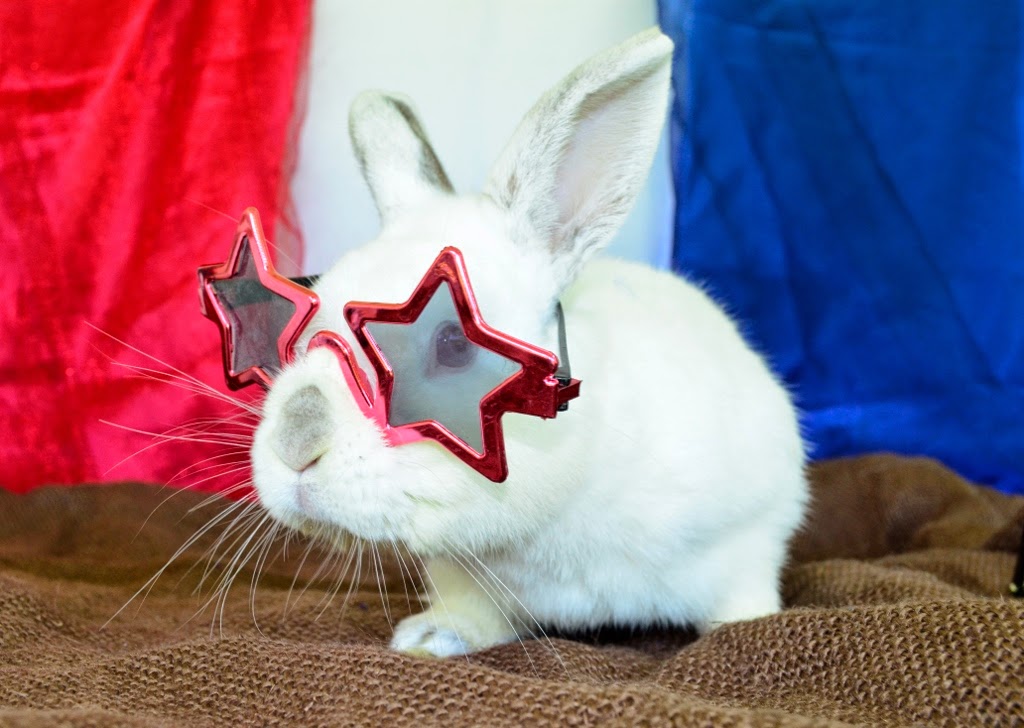 Link was the only one able to rock the star glasses! 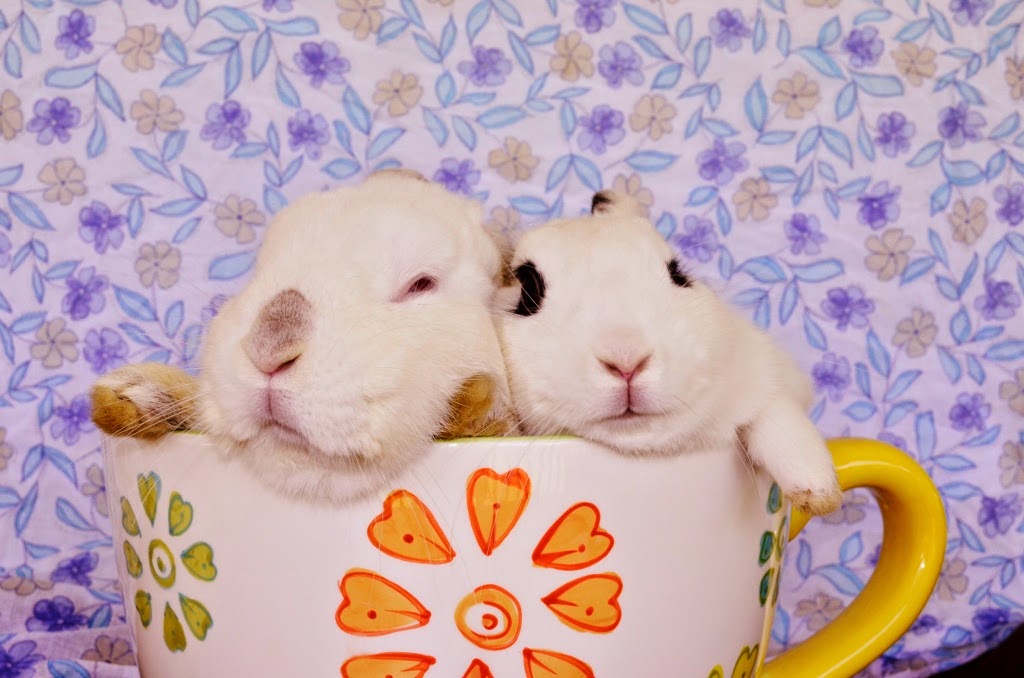 Link: So...We're going to poop in her shoes?
Anya: That's the plan. 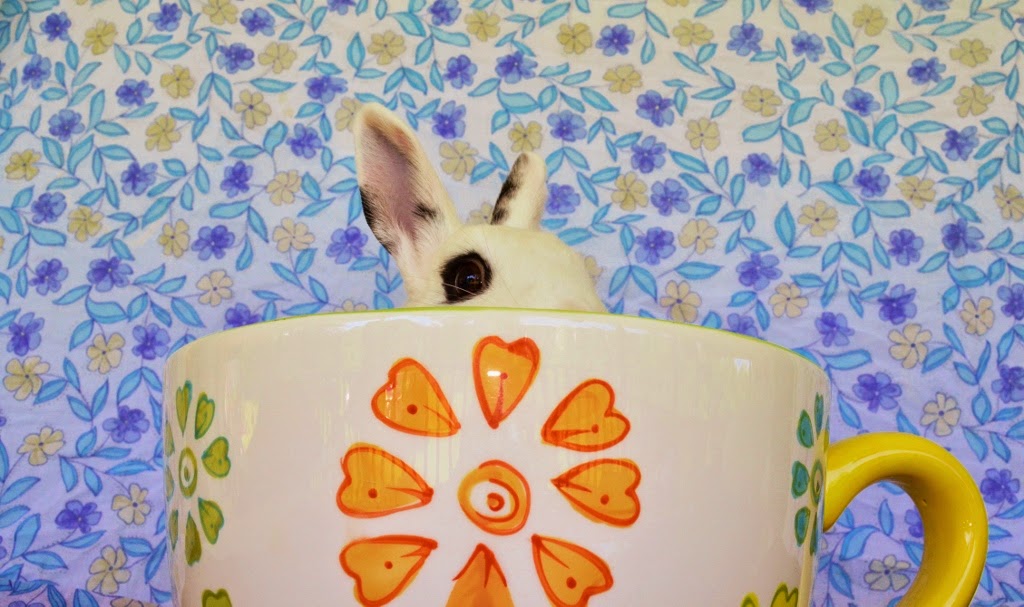 Anya: Is it safe to come out yet?

They did great during the photoshoot! Next time Mom's going to try me and Grey, or putting us all together...We shall see!

I'm still skiddish around everybun since Anya was being hormonal towards me, I've been warming up to Grey but then he randomly decides to hump A LOT and well, I don't like it! So they're taking their time with bonding us! Grey, Link, and Anya all seem to get along fairly well, except Link's a bit skiddish since he too doesn't like to be humped by Grey Heehee

Me checking out Grey! He's a big bun!


Well that's all for now! Hope everybun is doing well!


P.S Don't forget to get some willow from us: Duchessbunny@gmail.com you can give us an amount you wanna spend or let us know how many you'd like! ;)